4 Money Lessons That Changed My Life I mean, it’s something that we deal with all our lives.  And for some reason, it gets left up to chance.

Everyone starts with zero knowledge.  And we simply learn as we go.  Unless of course, you have an Uncle like Scrooge McDuck to teach you about money.

There’s a lot I’ve learned about money over the years from reading and experience.  But here’s the 4 things that have made the biggest difference to my life, and helped me reach financial independence.

There’s countless blog posts on the internet dedicated to this topic.  I even wrote a little one myself.

As amazing as it is, most of the population is still blind to it.  Because if you’re even half good with money, and understand compounding, it’s almost impossible not to become a millionaire over the course of your life.

Investing just $500 a month and earning a 7% return, you’ll have around $1.2 million in 40 years time.  (I used this compound interest calculator – have a play around and see for yourself).

You can get as complicated as you like with the numbers, but the lesson doesn’t change.  And imagine what the numbers look like when you save a large portion of your pay, and even increase that over time.

Start saving and investing as soon as possible and your future self will be eternally grateful!

I remember staring at the book page for I don’t know how long, the first time I realised the power of compound interest.  It seemed too good to be true.

Almost instantly, spending became far less attractive to me, and investing became nothing short of fascinating.

The way money multiplies over time just blew my mind, and still does to this day.

This is another biggie that we’ve discussed before.  And something that still trips us up from time to time.

Because someone has an expensive car, takes luxury holidays or has a fancy house, doesn’t really mean anything.

In truth, all it takes is a decent income and signing up for loans and credit cards.  Nothing more.

Now more than ever, many are trying to project the image of wealth – sometimes subtly, and other times not so subtly!  Either to impress others, or just make themselves feel good.

Bottom line:  Looks can be deceiving.  Most people that look rich probably aren’t.

For example, because we’re home most of the time, our neighbours probably think we’re living on the dole.  Especially given the car in our driveway is now probably worth less than a new smartphone!

Changing the association our brains have with things that are expensive, and that person being wealthy, is difficult.  But it’s important.

How it really sunk in for me, was by reading The Millionaire Next Door, by Thomas Stanley & William Danko.  I read it a couple of times actually.

This was my key takeaway.  Basically, we get two choices with our money…

We can spend it trying to look rich.  Or we can invest it to actually become rich.

Most people you know who spend freely, are probably anything but free.  Their spending and debt effectively controls them.

The simple fact is, the less you spend, the less you need to save and invest, in order to become financially independent and retire early.

So generally, lower spending and a higher savings rate, equals more freedom, sooner.  And lower stress levels to go with it.

High spenders are generally more stressed, because they need to keep generating a large income just to stay afloat.

They have less ability to take a break from the workforce in the short term.  And they need to work longer to save enough to retire in the long term.

Also, in my experience, they tend to be more worried about having ‘enough’, even though in some cases they’re quite wealthy already.

Basically, we need to start saving as soon as possible.  It’s not about how much you make – it’s how much you keep that matters.

After all, there’s no amount of income that you can’t spend – as countless celebrities and sports stars going bankrupt shows us.

During our journey, it became obvious that if we could just live on much less than our peers, we could gain our freedom in a very short amount of time.

And that’s what happened.  Which is why I’m sitting here, a couple of months before my 30th birthday, writing to you on a lovely sunny Perth afternoon, instead of being stuck at work!

It wasn’t a given though.  Our old plan was for a more materialistic life than we have today.  But this leads into the next lesson…

OK, so this is more of a life lesson than a financial one.  But it’s incredibly important nonetheless.

In my opinion, this is the factor that has the biggest impact on our finances and more importantly, our happiness in life.

By failing to recognise, or admit this truth, we end up chasing our tails and blowing our bank accounts, looking for short term highs, thinking we can find lasting happiness in consumption, status or luxury.

I genuinely believe, if you only take away this lesson, you’ll be fine with money for the rest of your life.

If it’s possible to be happy with very little, then why not get back to basics?

You’ll be financially independent much faster.  Then you can decide, from your position of freedom, whether it’s worth scaling up the spending for a little more luxury.

If you get into the habit of spending a lot, you’ll probably find it hard to wind back.  We simply become accustomed to our lifestyle, no matter how luxurious it becomes.

But it works the other way.  If you start making positive life changes, spending less and saving more, you’ll quickly become accustomed to that too.

This is known as hedonic adaptation.

In simple terms, humans adjust to large lifestyle changes or events relatively quickly.  And we end up roughly just as happy as we were before – whether the changes were positive or negative.

As we became more focused on early retirement, we decided to really optimise our spending.

Then as time went on and our expenses dropped, we noticed that we were just as happy as before.

It seemed surprising, but now that I know more about happiness, it makes perfect sense.

And drastically reduced things that were less meaningful.  Like eating at restaurants and buying new clothes.  You get the idea.

But now that we have our lives back, it’s given us more life satisfaction than higher spending ever did!

Initially, the plan was to spend less in the short term, so we could retire and then spend more later once our wealth had grown.  And maybe we’ll feel like that in time.  But we’re very happy with our lives right now, so there’s simply no need.

I could think of a hundred ways for us to spend more money, but almost none of them will increase our long term happiness.  They’re mostly short term pleasures that fade over time.

Because – and we’re back to the key lesson here – happiness is possible on very little.

And a part of that is living in Australia.  We’re extremely lucky to have the living standards we do in this country.

All we need to do is look how people live around the globe.  Even just 50 years ago, people couldn’t have imagined how fancy our lives are today.  That’s not very long ago really, and life has changed so much.

The improvement is so small and so incremental, that we don’t see it happening, but like compound interest, it’s relentless.

I think on some level, we know this lesson to be true.  But it’s just a case of whether we come to truly believe it or not.

Consider the many billions of dollars every year that are spent on marketing to convince us we need to buy “X” to improve our lives and make us happier – so we part with our cash!

These are probably my biggest takeaways from the last 10 years of learning about money and life.

They might seem pretty basic, but I think they’re important, and each has helped me get to where I am today.

These lessons seem lost on the majority of the population.  And that’s a shame.

If you know someone who needs a good kick up the backside when it comes to money (or a gentle nudge), then share this post (or the blog) with them.

At the end of the day, sometimes the hardest part is accepting these truths and then taking action.  Deciding to do something different from others isn’t easy, but it’s necessary.

If we follow the masses, we’ll get the same results.  Since you’re reading this blog, that’s clearly not what you want.

By harnessing these lessons, we can learn to live happily on less than half our incomes.  Then we simply invest the rest to take advantage of compounding, and gain our freedom in only around a decade.

What are your biggest lessons around money and finance?  Let me know in the comments… 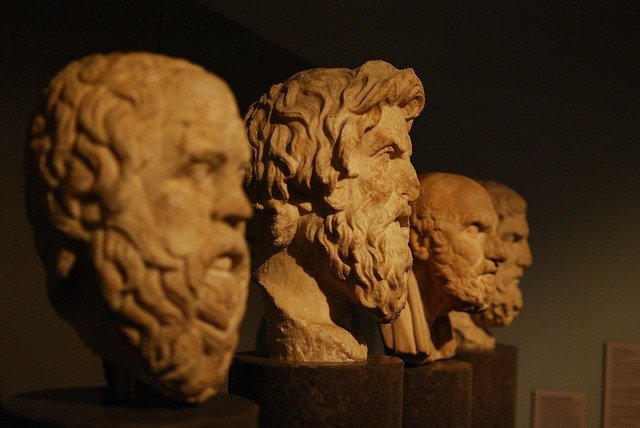 FIRE Philosophy – What the FIRE Crowd Gets That Everyone Else Misses 32 Replies to “4 Money Lessons That Changed My Life”