Welcome to the latest LIC review!  This time, we’ll take a look at another investment company that tends to go unnoticed by most investors – Diversified United Investments (DUI).

It’s a little bit different than the other LICs I’ve reviewed so far, and you’ll soon see why.  But I think it’s also a solid choice for income focused investors who want a reliable and growing dividend stream.

And just in case you haven’t realised by now, these reviews are for interest and entertainment sake only.  These are in no way mandatory items for your sharemarket shopping cart!  OK, let’s get started…

DUI was founded in 1991, and is the sister company of Australian United Investment Company (AUI).

And just like AUI, the major shareholder today is The Ian Potter Foundation – again, a beneficiary of the wealth created by successful stockbroker, businessman and philanthropist, Sir Ian Potter.

DUI was listed on the ASX in 1991, and today owns an investment portfolio worth around $1 billion.  That portfolio is mostly a mix of Australian shares, but also contains international shares (ETFs) – more on that later.

DUI is conservatively managed and run at very low cost, similar to AUI, with investment decisions made by the board of directors.

“The Company’s objective is to continue to provide shareholders with dividends and capital appreciation over the longer term within acceptable levels of risk.”

“The investment philosophy of the Company is to take a medium to long term view and to invest in Australian equities, listed property trusts, and international equities.  Investments may also be made from time to time in interest bearing securities or convertible notes.”

Essentially, DUI is a buy-and-hold style investment company, so they take a long term approach.  They don’t sell often, so the portfolio is managed in a tax efficient way.

DUI prides itself on paying reliable and growing dividends.  In last year’s results, the Chairman noted that DUI is one of only a small handful of companies on the ASX to have maintained or increased dividends every year for the last 27 years.

And the same as AUI, the company uses a small amount of gearing, typically held at around 10% of the portfolio.  That’s not common among LICs, but the interest rates are attractive and it’s only a small amount of debt.

DUI has an interesting and somewhat unusual portfolio.  First, it owns shares in around 40-50 medium and large-sized Aussie dividend paying companies.

Next, DUI holds a basket of international shares, which is currently 16% of the portfolio.  This is in the form of index funds, sector-specific funds and actively managed funds.  Let’s break that down a bit…

Its largest index holdings are Vanguard US Total Market and Vanguard All-World Ex-US.

Then it holds an Information Technology index fund and a Global Healthcare index fund.  Clearly, DUI is making specific long term bets on these sectors.  And lastly, it has invested in a few actively managed Asian/Emerging market funds.

Here’s the portfolio as a picture… As we can see, while it’s an unusual portfolio, there’s a reasonable level of diversification.  Having said that, around 80% of the portfolio is in its top 25 holdings, which you can see listed here.

What you’ll notice is its current largest holding is not actually a bank!  In fact, it’s health giant CSL, followed by toll-road operator Transurban.  And there’s many more on the list that are dominant cash generating businesses, which is what we like to see.

But it’s still fair to say that DUI is a bit more concentrated than the likes of Argo and AFIC.  Some people will find the built-in allocation to international shares attractive, and others won’t.  Either way, it’s a point of difference, adds to diversification and can help performance at certain times.

Performance of DUI vs Index

Here is the performance for DUI over the last ten years from their 2018 Annual Report.  This is after fees and after tax, but not including the value of franking credits…

As the table shows, DUI has had decent performance compared to the index.  In fact, DUI has been able to outperform the index over each time period shown.

Well, trawling through the old annual reports on the company’s rather frugal website, shows DUI also outperformed between 2003-2008, and between 1998-2003.  So that’s at least 20 years of very solid performance.  All measured after tax and fees.

It’s pretty clear DUI is not interested in showing off its historic performance with fancy marketing (maybe it should?) or tales of wonderful stock selection.  Instead, it keeps plugging away with its investment strategy and delivering results for its faithful shareholders.

Now we’ll turn to the most important factor of all…

My favourite investing metric to look at is the income stream delivered to shareholders.  So let’s see how DUI has done on this front.

Below shows the dividends paid every year since 1992-93… DUI is now paying shareholders 5 times the level of dividends as it was back in 1992-93.

Using our trusty compound growth calculator, let’s see what that tells us…

DUI has grown its dividend at a rate of 6.6% per annum, over the last 25 years.  And inflation during that time was 2.5% per annum.

So DUI has done an incredible job of providing growing income to shareholders!  And as you can see, there was no dividend cuts over the period, including the GFC.

To be clear, I wouldn’t expect the same level of dividend growth going forward.  But I do believe DUI will continue to deliver increasing dividends over the long term, which grow faster than inflation.

2019 looks set to be another good year, with DUI increasing its half year dividend.  Even if the end of year dividend is the same, that’s another year of dividend growth for shareholders.

There’s always debate over whether you should focus on total return or income.  Income focused investing is often not the trade-off it’s made out to be.

If you’re like me, you’re still investing for a solid total return!  And it’s not all about yield.  The focus is a decent income which grows at a good rate over time.  It’s just that you stop caring so much about what happens to share prices.

Instead, you simply focus on how much cash your investments are earning.  Combine that with regular purchasing, and watch your dividend income climb ever-upwards!  That sounds more like a business owner and less like a speculator to me.

DUI is a low cost LIC like the others we’ve covered.  And it’s internally managed, so as it grows, its expense ratio falls over time.

During the last 12 months, the MER (Management Expense Ratio) was 0.12%.  Once the fees from the international ETFs and managed funds are included, the total MER is 0.15%.

That’s very low, considering that includes all underlying fund fees and DUI is a fraction of the size of AFIC, for example.

And like AUI, there’s no analysts or expensive research teams.  The board of directors simply meets to discuss the portfolio and make decisions each month.

Now, that might sound off-putting, but I think the results speak for themselves.  It hasn’t hindered DUI’s ability to invest well and deliver strong returns for shareholders over the long term.

Probably because of its low key nature and lack of fancy marketing, DUI almost always trades at a discount.  We certainly can’t put the reason down to poor performance!

Anyway, this means you can buy shares in DUI for less than the value of its portfolio.  I talk in-depth about this factor here – LIC Premiums and Discounts.

DUI tends to trade at a discount of between 0% and 10%.  So for those interested in buying shares in the company, this could simply be seen as a bonus.  You’re buying into a portfolio for less than its value.

But of course, DUI could have poor performance going forward, so the discount won’t help much.  Either way, the point is, don’t get cute with it.  If you like DUI, then simply be happy that it’s less popular.

DUI has a great track record of performance over a couple of decades.

More importantly, that dividend history is very attractive.  And how much DUI has been able to grow dividends for shareholders since it listed 25+ years ago, is also impressive.

For me, DUI gets points for not trying to paint an overly rosy picture in its results.  The numbers are always shown net of all tax and fees and are simply laid out for all to see.

In addition, DUI is a qualified Listed Investment Company in the eyes of the ATO.  So shareholders are entitled to a tax deduction for any dividend which is sourced from a capital gain paid out by DUI, as well as the franking credits.  More info here.

Also, regularly being able to purchase shares at a discount to NTA is handy for keen buyers.  And the allocation to international shares could be seen as a plus in terms of diversification.

But now it looks like this will become a longer term part of the portfolio, with DUI having increased its allocation from 10-15% to 15-20%.

Many times, it’s simply a case of trusting the manager.  I think DUI has proven itself a reliable investment company over the long term, but it’s up to each investor to decide what’s best for them.

Finally, sometimes it’ll be hard to buy shares in DUI because it has lower liquidity.  That means, on average, not many shares change hands each day.  This is likely because DUI is less well known, and a good portion of the company is held by long term holders, like The Ian Potter Foundation, directors and family descendants.

Out of transparency, we do not own shares in DUI.  But would I talk you out of buying it?  Absolutely not!

It’s very low cost, has a fantastic history of income and growth, and its portfolio also provides some international diversification.

DUI is a quiet achiever in a financial world that is fixated on short-term returns and flashy, sometimes deceptive marketing.

At the time of writing, DUI trades on a dividend yield of 3.8%, or 5.4% including franking credits.  That’s a good starting point given this includes low yielding international shares and such a strong dividend growth history.

While markets will rise and fall over the decades ahead, I expect DUI will keep doing what it does best:  Provide attractive long term returns and a reliable, growing income stream for shareholders.

Enjoy this post?  You can find my other LIC reviews on this page.

You might also like my easy-to-use Dividend Tracker, which I use to keep a running estimate of our annual passive income after every purchase.  Click here to get it for yourself. 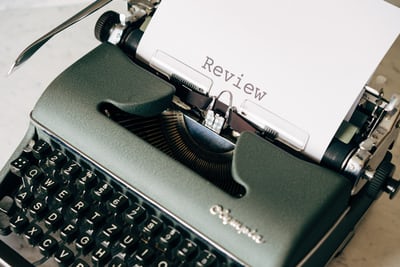